Getting Color Output out of a TI-99/4A

When I was around 13-14 years old, home computers were just appearing on the market. The first machines that I remember to have been sold in the large department stores in Berlin were the Atari 400 and 800 as well as the TI-99/4A. At the time, these machines were incredibly expensive, but me and my friends often hung out in the stores to play around with these machines and dream of owning them.

I found the TI-99/4A to be very good looking with its late 1970ies US design and its nice keyboard. In magazines I read that the machine was slow and crippled, though, and the british home computers were much cheaper, so I never became friends with the TI back then.

Recently, I found a machine cheaply on sale on an auction site and bought it, despite the fact that neither the power supply nor the TV modulator was included with the system. The power brick was easy to buy separately and I thought that I would not want the TV modulator anyway. I figured that the (european) TI outputs a component (YPbPr) video signal and decided to try some conversion circuits that I found on the Internet until I got something that one of my monitors could display.

The first two attempts that I made failed, though. One of the schematics I had was a generic YPbPr conversion circuit based on a bunch of opamps. It did not produce a picture at all, but not knowing enough about video signal encoding I did not manage to debug the problem. The same happened with another schematic that supposedly was specifically designed for the TI-99/4A, but did not work for me either. Finally, I run across a new adapter circuit called TMS-RGB designed by Nicholas Piegdon just this year.

The TMS-RGB is a generic RGB converter for systems using the TMS9929A chip, i.e. the TI-99/4A, some MSX systems and the ColecoVision. It is a tightly packed PCB with surface mounted components meant to be soldered onto the solder side of the PCB of the machine to be converted. 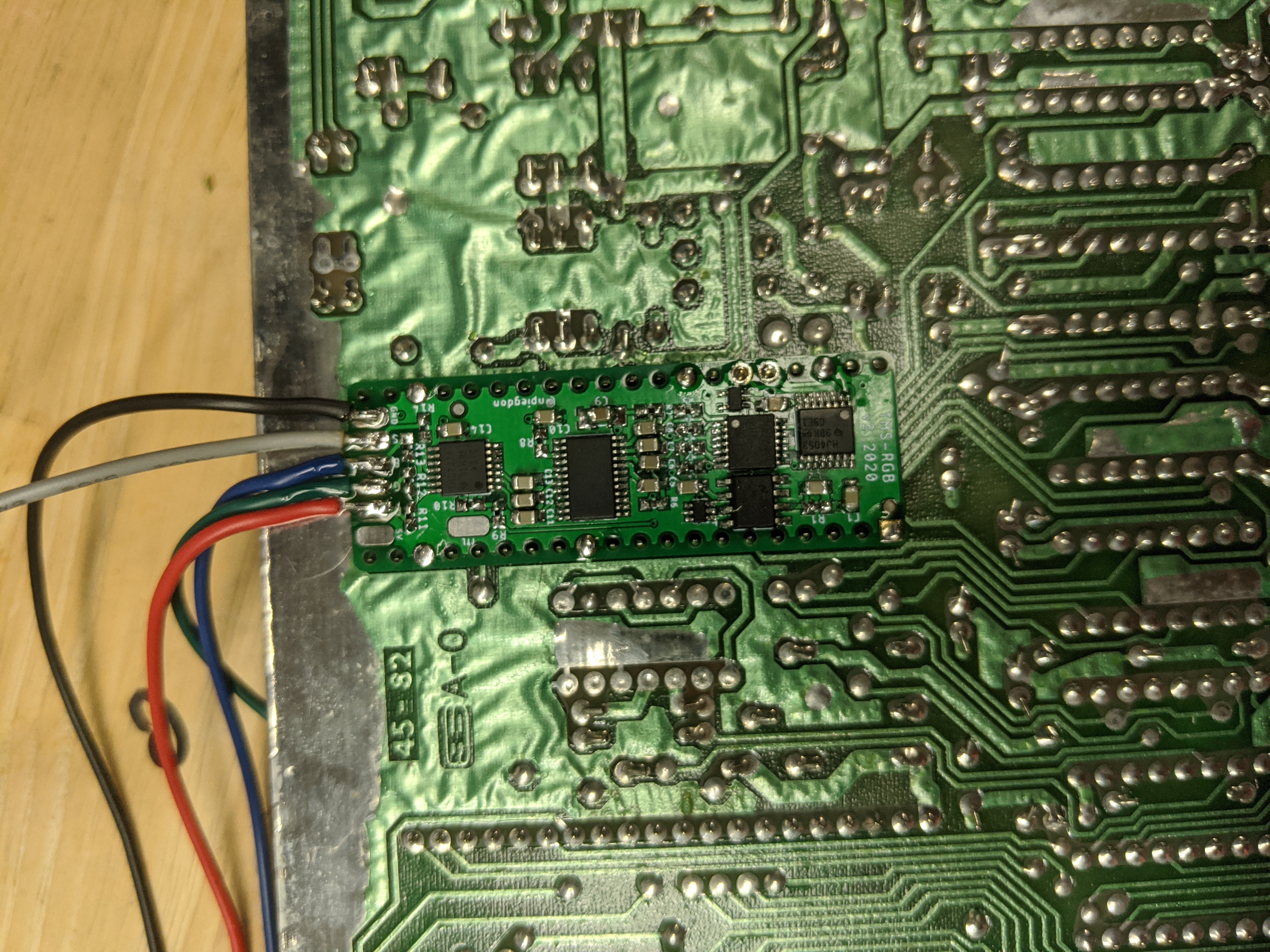 To me, getting the PCB fabricated in China, sourcing the components and soldering them onto the board with a microscope was part of the fun. It was not all that easy, though, and the TMS-RGB website has some shops listed that sell the board ready for installation. Installing it in the machine is very easy thanks to the excellent videos published on the site.

The TMS-RGB converts the YPrPb signal to RGB + Sync, but it does not change the overall timing. This means that one either needs a monitor that can deal with TV format RGB signals (i.e. one that has a RGB SCART Input or a CBM 1084), or an upscaler that converts the signal to match the expectations of a more modern computer monitor. I bought a cheap GBS-8200 upscaler board which produces a VGA output and it worked fine. 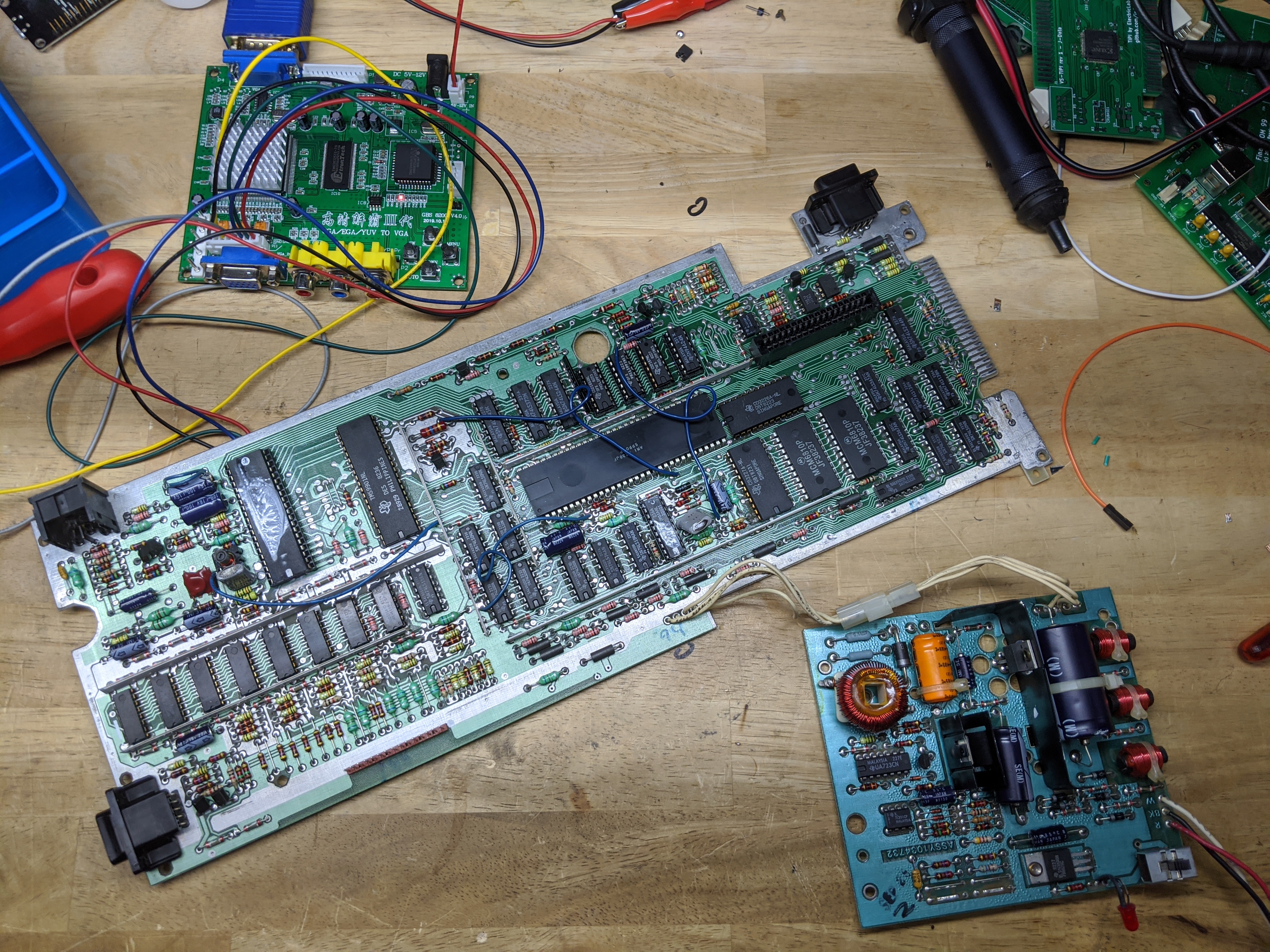 In fact, the picture quality that I get with this on my TFT monitor is just awesome. The pixels are crisp and the is no blur, jail bars or ghosting. I can recommend the TMS-RGB board to anyone who wants to equip their TMS9929A based hardware with a better video output. The overall cost for the PCB's, components and the upscaler board was around 70 Euros. 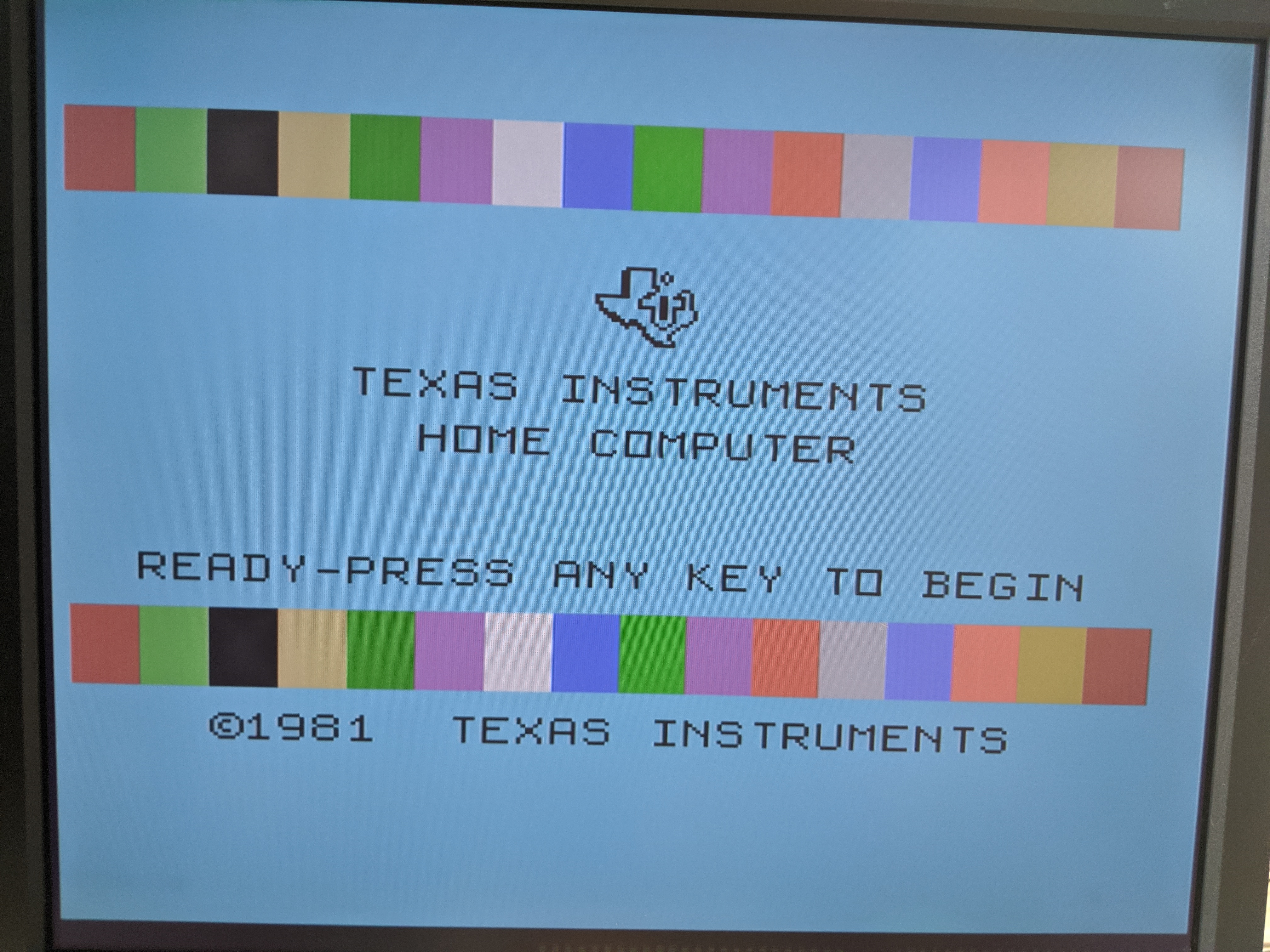